In an effort to avoid doing a 10 plus day stretch, I split my days off this week so I could take Nick's birthday this coming Sunday. That gives me tomorrow off which I need in the worst way. I am fighting a bug of some sort (everybody around me has been sick and I had mercifully escaped it all until now.)

My plan for tomorrow includes some grocery shopping, attempting to fix Nick's xbox and sleeping until I am ready to get up and get moving. I get so little sleep (thanks insomnia!) that when I can sleep, I try to get as much as my body will take at any one time.

I skipped the making of New Year's resolutions this year. This is the first year in many that I didn't write down a bunch of resolutions that I then promptly broke by 12:02 am on January 2nd. I thought about making them what with old habits dying hard and such nonsense but in the end, I decided that maybe this is the year that I should just go with the flow and let things happen like they are going to happen. Of course, there are things I am subconsciously doing to improve situations that I don't like around me and within me but not having this piece of paper say it must be an absolute is a gloriously freeing thing.

I proclaimed 2013 the Year of Marie. I am on a new medicine for anxiety issues and I have made it a point to try to eat as well as possible (though I still don't eat nearly enough) and I haven't been letting little things stress me to the point of the collapse. I still don't sleep enough but I think that will come with time. I go through these phases. This is just one of the sleepless ones. I make sure to take my medicine every day somewhere around the 8:30 time period, morning and evening and this schedule is working out well for me.

I created a new page with the hopes of keeping track of all the books I read in 2013. It is something I have long wanted to do and so I decided that this was a good time to do it. I don't get to read nearly as often as I would like. You would assume that with all the down time I have at work, I would be able to read books quickly but reading at work is like reading in a car. Plenty of interruptions and having to go reread the same page 4 times because you lose your place every time you get started.

Speaking of work, I still love my job. There are a few changes I would like to make in how things are done around here because some of it drives me crazy with the inefficiency of things but I am implementing them slowly because change is hard particularly when you work with people who are all so set in their ways. It is more a minor annoyance than anything.

And having written all that I wrote, I am going to run along until the next time I think of something to say. Or get irritated and need to vent. Whichever comes first.

Things I am grateful for today
1. Letting go of some things that were doing me harm.
2. Elizabeth, Nick & Chris (in no particular order)
3. Knowing that I have friends I can pick up the phone and call if I really need to who won't be all judgmental and ridiculous if something comes up that I need to talk about.
4. Text messages.
5. A fairly quiet night at work after several really busy nights.
at January 13, 2013

Things I am grateful for today

1. That I didn't get sick with the flu or the bronchitis that seems to have felled everyone else.
2. Being loved.
3. Good books
4. Mindless game playing. There are a few that I really enjoy.
5. A job that I absolutely love.
at January 06, 2013

There are many changes that will take place this year. Most all of them are good. I am looking forward. 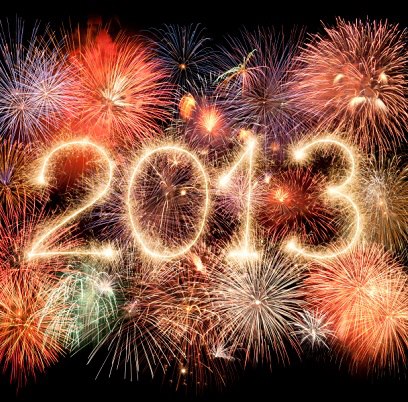 It's been awhile since I have done one of these although my offline gratitude practice remains on point. In no particular order, here ar...

Marie
Fayetteville, North Carolina, United States
A married mama of 2. 1 boy (almost 23) and 1 girl (who is 15 going on grown.) I help manage 2 hotel properties for my paying job & attempt to keep my house & life in order in my unpaying one. Both are endeavours that suit me well. In my little bit of spare time, I do a lot of reading, a little bit of writing & a lot of game playing on my phone.